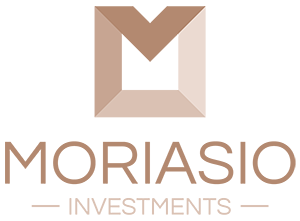 The island of Cyprus is a truly extraordinary residency, holiday and business destination.

Located in the Eastern Mediterranean, it acts as a stepping stone to Europe, Asia via the Middle East and Africa. Blessed with a mild climate and abundant sunshine, the island features a diverse yet natural landscape, with a varied coastline that gives way to the rising Troodos mountain range.

Short distances, a balance of quiet rural areas and cosmopolitan urban centres, leading business and leisure services and facilities, advanced transport and telecommunications infrastructures and a friendly population create a comfortable setting. In addition, EU membership, an impeccable safety record, a stable political system and a neutral stance in the geopolitical area, complete the picture.

It is not surprising that Cyprus is now one the most desirable Southern European locations in which to reside.

Limassol is a multicultural bustling town that is expanding and transforming itself more than ever before.

As one of the oldest coastal towns, it is flanked by two ancient cities, Amathus and Kourion, and guarded by the Amathusian Aphrodite and Apollo Hylates.

Not only is it the busiest port, but it is also a major industrial town with more factories than any other town in Cyprus, and the island’s foremost wine producing area with numerous renowned wineries.

Limassol is also a leading cultural centre that has harboured many prominent figures of the Cyprus literati including the national poet Vasilis Michaelides, and a town well known for its innovative spirit. Journalism, literature, theatre, commerce, sports and the movement of ideas marked the history of the town during the 20th century.

But above all, Limassol is a town with a soul, a town whose people are reputed for their geniality and vitality, who relish merry-making and take pride in their annual Carnival and Wine Festival celebrations.

Offering the perfect balance between work and leisure, featuring long sunny days enjoyed at a relaxed and gentle pace without ever being dull, Cyprus features an idyllic Mediterranean lifestyle, beautiful surroundings, an excellent safety record and a friendly, welcoming population. The island has so far won over the hearts of over 180.000 foreign nationals who live, work or retire here, making up 22% of the country’s total population.

It is easy to see why Cyprus has emerged as one of the top countries in the Mediterranean and the world in which to live.